SS reprisals culminated in the massacre at Oradour, probably the largest killing of civilians on the Western Front.

The complete story of the SS juggernaut across France is covered here in all the detail associated with the Battleground Europe series, with numerous illustrations, maps and guides to the sites as they are today. Ian Daglish is a well respected military historian, battlefield guide and lecturer. Visit Seller's Storefront. If you are not ordering through AbeBooks, please send me an e-mail with your book requests.

I will hold book for seven days with your email request. Please use the AbeBooks link if you are using a credit card. No direct credit card sales are available. Orders usually ship within 2 business days.

Shipping costs are based on books weighing 2. If your book order is heavy or oversized, I will contact you to let you know extra shipping monies are required. Insurance is not included but available on request. List this Seller's Books. Payment Methods accepted by seller. AbeBooks Bookseller Since: February 1, Stock Image. Used Condition: Fine Soft cover. In May the trained crews were transferred to the Schwere SS-Panzer-Abteilungs. The battalion received six more Tiger tanks on 26 May to continue their training. Another four tanks were received on 22 August, but were quickly handed over to Schwere Panzer-Abteilung Funklenk Radio-control.

The battalion immediately started retraining for the Tiger II. They receive the first four Tiger II tanks in October They continued to train and received more Tiger II tanks up until the end of January During this time they are redesignated Schwere SS-Panzer-Abteilung. On 28 January they detrained in Pomerania and were soon thrust into combat against the Soviets. They fought in the area around Arnswald until forced to withdraw on Zachan in mid February. Some of the battalion was sent to Danzig on February. The trains were heavily attacked by the Soviets and the battalion were forced to detrain on a number of occasions.

Other elements of the battalion ended up supporting the 5. Jagerdivision during a Soviet attack around Reetz. By 12 March they are operating with I. During July the company joins the rest of the regiment in the Operation Citadel Kursk offensive. During August they are once more fighting for Kharkov and by 22 August the SS are pushed out of the city and the Tigers fall back once again to Merefa.

During September they covered the withdrawal to the K Line. During October they fought in the defence of the Dnepr River. Fighting continues in to November and December. In mid-December the 2. However a Kampfgruppe was kept on the eastern front including five Tigers. During the retreat from the Soviet winter offensive in December most of the Tigers were lost due to mechanical failures or fuel shortages.


By this time all the Tigers were lost and the Kampfgruppe joins the rest of the division in France. During a slight respite in the fighting the company was able to hold a Christmas party at Dolinskaja Railway Station on 24 December, and a New Years party a few days later. In early January they were back in the line once again. Some limited counter-attacks were conducted in January and February, but these were limited by the onset of the spring muddy season and late heavy snowfall.

On 3 March the Soviets launch a major offensive, and the Tigers join the fight around Novo Alexandrovka. Fighting continued throughout March with the few Tigers running working with other elements of the 3. The remains of the company are transported to Tiraspol for reconstruction. New Tiger tanks begin to arrive with the company in May. In early June they were once more in combat fighting in the defence of Romania. In July the effects of Operation Bagration required the 3. They travel by train to Warsaw and on to Grodno and attack on 17 July. The division was moved once again to cover the 4.

Panzer-Armee in case the Soviets make a breakthrough on the Vistula River. In early August a number of Tigers were also used to suppress the Warsaw uprising. From August to October the Tiger company continued to fight on the Vistula River while attached to 3. During November they were in reserve, and then were moved to Hungary in December. They assembled at Komorn in Hungary at the end of December and lead an attack by the division towards Budapest the objective was Dunaalmas on 1 January.


The offensive to relieve Budapest was halted on 12 January , but restarts again on 18 January from further northeast through Sandorka. The offensive continued throughout January until Soviet counter-attacks halt it at the end of the month. The last few tanks of the company and division fight in Austria in early April until the crews in Pitscheldorf destroyed the last of their operational Tigers on 4 April. The company retreated to Judenau and remained there with the maintenance company where two Tiger I tanks and a Tiger II from a Heer unit were repaired.

The US commander handed the bulk of the prisoners over to the Soviets. Introduction to GF9 Contact. Product News Special Announcements. GF9 Products. In August they were supporting The most likely culprit is a Firefly of the 1st Northamptonshire Yeomanry. Meanwhile three Tigers of 2. Kompanie hold up the advance of the Polish 1st Armoured Division. During August Schwere SS-Panzerabteilung retreated with German forces towards Falaise and often acted as a rearguard.

They also conducted limited counter-attacks. By 30 August all the Tiger I tanks of the battalion were either destroyed or abandoned. Schwere SS-Panzer-Abteilung The battalion was established in July and was quickly sent to the rear area of the combat zone near Kharkov to continue their training. In October they returned to Germany for refitting and in November they received the official designation of During September the battalion was gathered for refitting and was redesignated It is not until December that the first replacement tanks begin to arrive with the battalion.

The first 6 Tiger II tanks arrived on 27 December It was not until March that the battalion was once more sent into action. After two days of fighting little progress was made, mainly due to the inexperience of the infantry accompanying them. During the rest of March and into April they continued to fight against the Soviet onslaught on eastern Germany. The last tank was abandoned due to lack of fuel on 1 May The rest of the battalion arrived in the Danzig Pocket on 22 February Their first engagement was around Stargard. On 7 March the Soviets launched a massive attack against the pocket.

Later in the month the During April the rest of the battalion fought a number of defensive battles to hold off Soviet thrusts towards Berlin. By 22 April the battalion has retreated back to Berlin and were engaged in heavy street fighting. On 3 May the remaining troops, after failing to breakout of the Soviet encirclement, are taken prisoner near Ketzin. Those few crews still in the Danzig pocket surrendered on 9 May Tigers directly attached to SS-Panzer-Regiments After training and receiving Tigers and Panzer IIIs the new company is returned to the eastern front in February to take part in the battles for Kharkov.

They take part in operations against the Soviet winter offensives and the retaking of Kharkov. In July they fought in Operation Citadel, which include the battle at Prokhorovka. They received new Tigers once in Italy.

All Topics Related to History

They move back towards the eastern front in October They rejoin the regiment and were back in combat shortly afterwards. The company was continually in combat with the division and neighbouring units for the remainder of In January the fighting continues and the company was forced to withdraw with other units towards Staro Konstantinovka. During February the company continues fighting in various actions on the eastern front, often supporting units other than its division.

What few operational tanks they have are used to support the breakout of the Cherkassey pocket. On 1 March the Kompanie was official deactivated. Most crew were moved to Belgium, except a few who stayed with the operational vehicles at the front. Those at the front continued to fight and the last tanks were only handed over to the LIX.

Armee-Korps on 14 April After a period of training between January and February the company was sent back to the eastern front near Kharkov. They were immediately in action in and around the Kharkov area. They were pushed back from Kharkov in February. 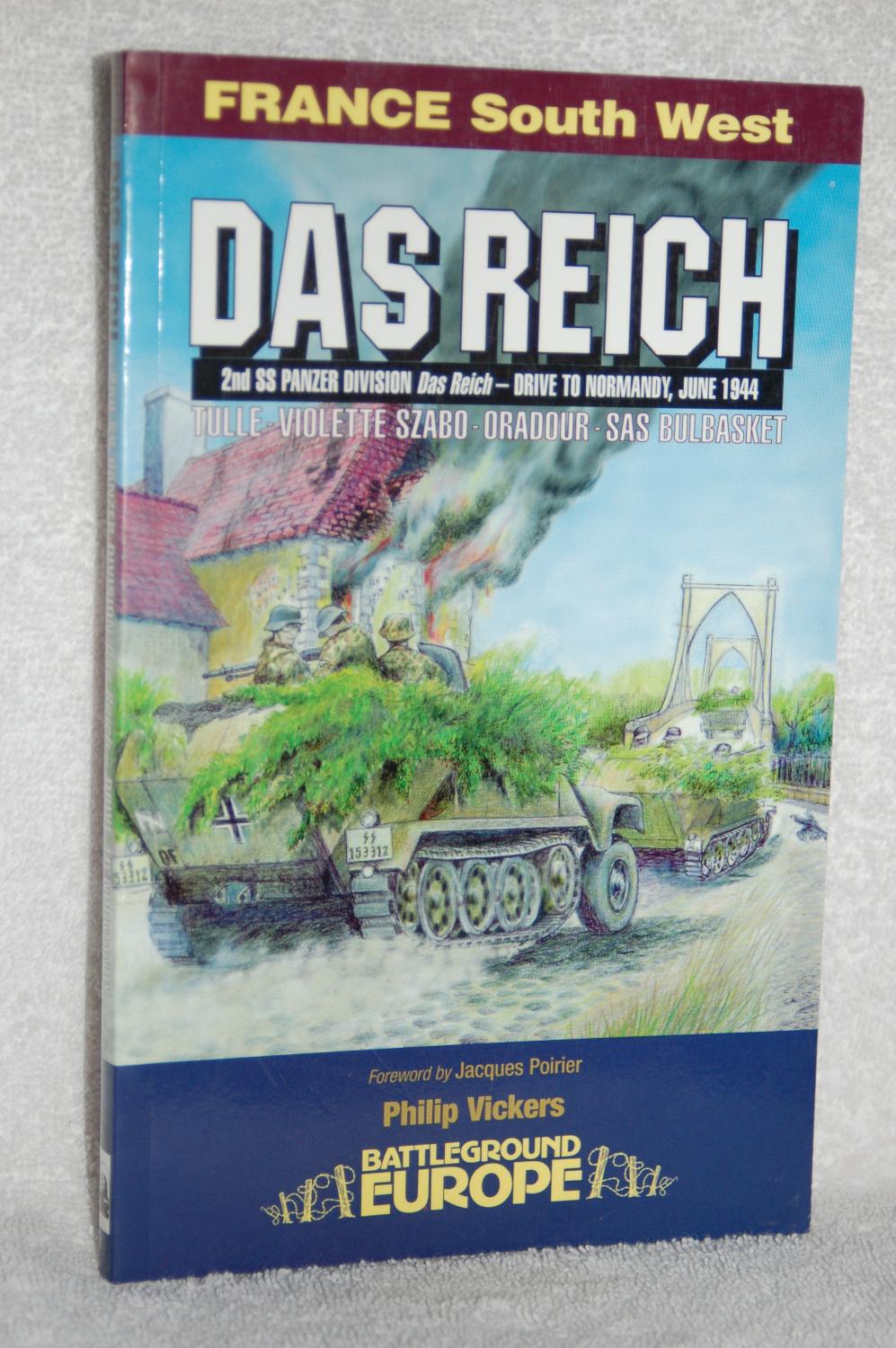 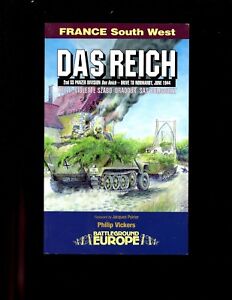 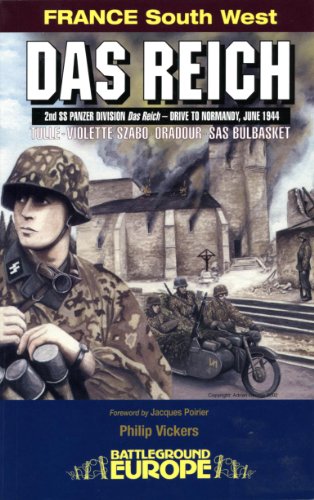